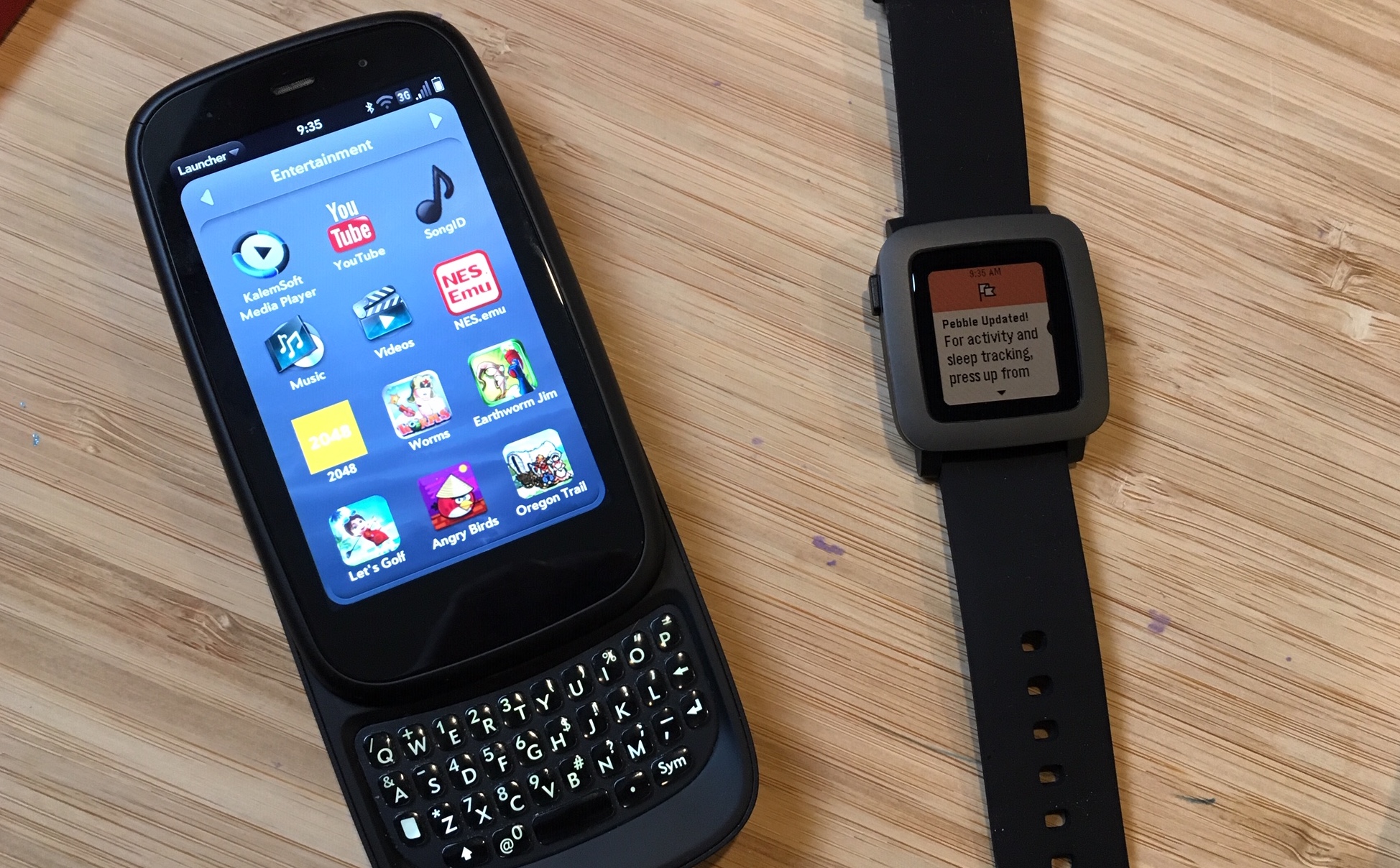 These are a few of my favorite things from 2018. Abandoned tech is a treasure trove of ideas, both good and bad, and always makes you wonder how the world would be different if a given technology battle had gone another away. Take, for example, this little phone: the Palm Pre3 (by HP.) Although HP had big plans for the platform when they bought the ailing Palm company, a change in leadership resulted in a sudden death for the technology dubbed webOS.

More than just a name, webOS provided a Linux-based environment where both front-end, and back-end (service) apps were written in web technology (namely, Javascript.) On the user-facing side, the first Javascript framework was called Mojo, and supported the phones, followed by Enyo, with support for the short-lived TouchPad tablets (and later phones.) On the service side, an early version of NodeJS provided Javascript for lower-level platform coding. This is interesting to me, because my own Shelby product has a similar architecture — although its backed by Windows instead of Linux.

Its arguable whether webOS had the right combination to make it in the Apple vs. Google smart phone war, but we’ll never know, because shortly after they launched the TouchPad, HP chickened out. In its short life, developers produced some brilliant apps for webOS, delivering them onto a friendly form factor that tucked away a real keyboard behind a smooth, svelt and totally pocketable phone. The whole thing is truly delightful, and a blast to write code for. Had HP stuck with it, would we have the surveillance state we have now? Or would someone have offered us an alternative to the penetrating and oppressive spying platforms we line up to buy now?

Another delightful also-ran is the Pebble smart watch. Launched as a Kickstarter, Pebble was arguably there first. Using a battery-sipping eInk display, the Pebble could run for a week on a charge, count laps while you swim, thanks to its water-proof design, and get apps and notifications from any smart watch.

Later versions improved the design and added color, but kept compatibility with the add-ons and watch faces that a vibrant developer community created for it. Long before the Apple Watch provided a luxury status symbol for your wrist, the premium Pebble Steel lent both tech cred and good looks to the wearer.

Pebble was bought by FitBit, the distant second-place winner in the smart watch race, who, like the other purchaser in this post, summarily killed it off in a quick strategy change. Although HP did the classy thing and open-sourced much of webOS (then sold the rest to LG, who uses it in Smart TVs), FitBit went even further, and pledged a period of active support to the Pebble developer community as they took-over the Pebble services.

Re-launched as Rebble, most of the Pebble capabilities are up-and-running again, on community-run servers, and watch faces and apps can once-again be loaded onto your wrist. The Pebble Time remains an in-demand and highly capable smart watch, for a fraction the price of an Apple Watch.

This year, I wrote a trio of apps for this kit, with help from the communities that still back them. Stopwatch was my starter app for webOS, followed by Night Moves, which makes the phone fit your life (instead of the other way around), and finally I modernized an old app called mWatch, re-structuring and re-designing it as My Watch, to connect a Pebble watch to a webOS phone.

Early next year, Microsoft will block connections using TLS 1.1, in the name of security. This effectively cuts off a generation of still-useful devices from getting email from their servers. Much of the web is going the same way — ostensibly to protect us, but really to lock us in to a combined ecosystem of vendors that need to know what their users are doing at all times. This New Year’s Eve, I think I’ll raise a toast to all those hackers still keeping alive the idealized version of the Internet we once all dreamt about…