One of my co-workers has an awesome job. He gets to work with accessories, getting all sorts of toys and trying to figure out if they work, then get them up for sale. As a fellow Canadian, with a similar background to mine, we get along famously — and not just when he’s enlisting my help with toy testing.
So when he e-mailed looking for participants in a Lego Mindstorms competition, Ben and I didn’t need to think for a second before agreeing to be involved! The challenge was to build an EV3-based Lego robot that helped people some how. Our company team settled on a farming robot. Although I didn’t get to help as much as I hoped, Ben and I built version 1 and 2 of the seed dispenser, learned some basic Mindstorm programming, and I helped hammer out the user-interface for a Kindle app that interacts with the ‘bot.
My old friend Brad was in town for the week, and although we squeezed in a 4 day roadtrip to California, the team managed to complete the build and the programming in time, and bring our families to Seattle’s famous Experience Music Project for the event. The competition was pretty intense, with other local tech companies bringing some pretty impressive builds. Our robot fared well: it’s program executed flawlessly, path and color-finding with precision, the mechanical components performed exactly as designed, and the demo ran perfectly — drawing laughs of delight when the weed detection and removal routine exuberantly removed a pretend weed from the farmer bot’s path. 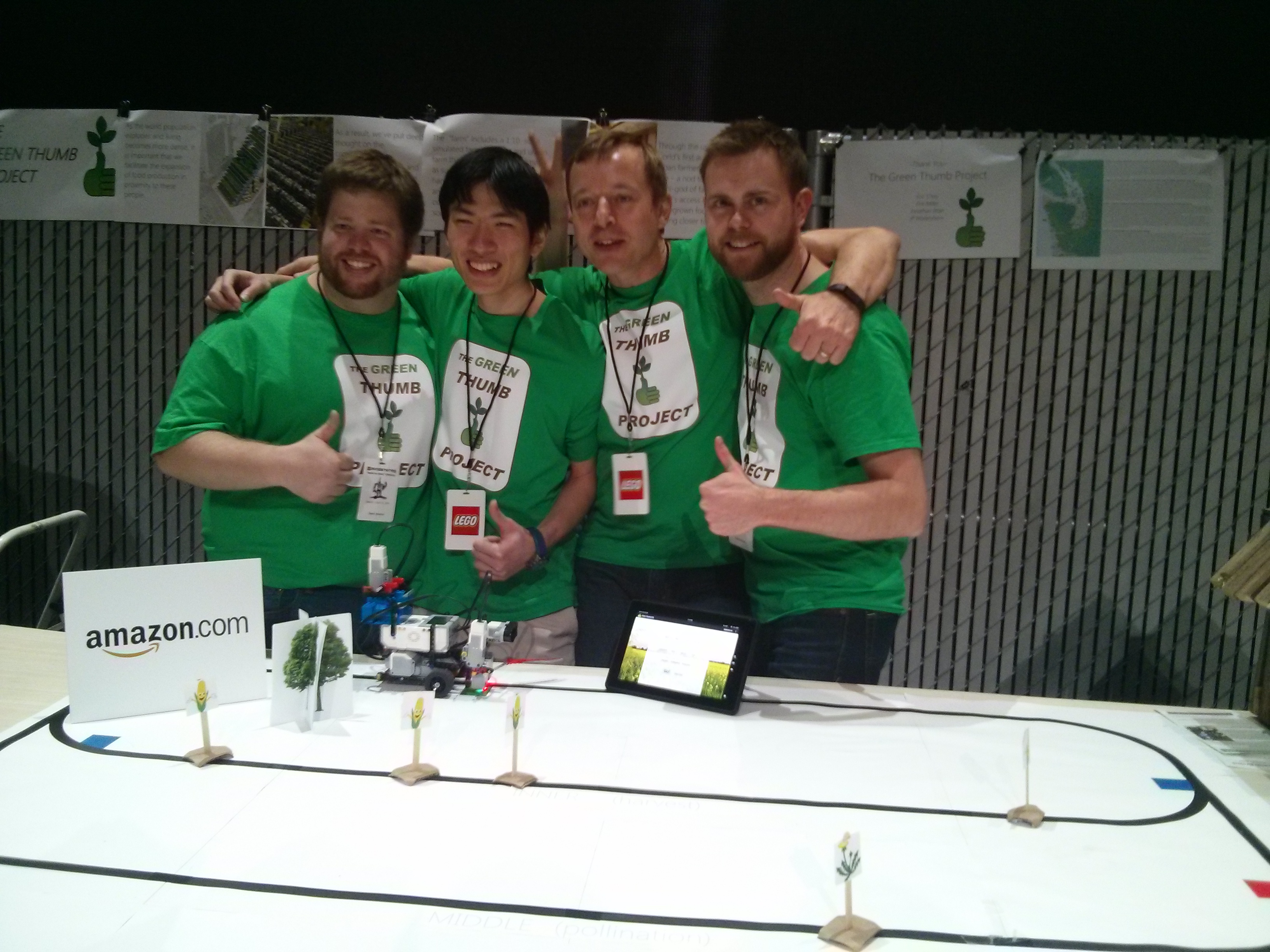 Alas, we didn’t win — but we had fun doing it. The kids enjoyed seeing all the robots and being a part of the competition and the event, and I had a blast being part of the team. There was a ton of press there, so there’s plenty more to read about the event.