So far this year I’ve ridden down the strip in Las Vegas with my head out the sunroof of a limo, climbed the Great Wall of China, and swam underneath a waterfall in Hawaii. Not bad for only the first 5 months of the year!
Vegas was CES — the industry’s regular annual tradeshow. Usually its pretty boring, with most of the action happening in hotel meeting rooms. I don’t love Vegas, and avoiding its offers to take your money one way or another can be a full-time job when you’re there. But this year I had a good group of co-workers to hang out with, and met some folks from my old job.
China was for work — a deal I worked on for nearly 4 solid months. It was a great trip, and I learned a lot, met some great people, and finally got to explore (a tiny bit) of mainland China — with some great tour guides. I was there for a week, and visited Zhuhai and Beijing. Happily the work part of it paid off too!
But Hawaii — Kauai to be precise — was definitely the best trip so far. Our first real vacation in since our honeymoon, almost 13 years ago, we were a little nervous. We’d done some long weekends here or there, a couple without the kids, but this was the first time we left the kids behind, and got on a plane with the intent only to relax. And it was glorious!
We started our stay in a nice resort in Poipu, on the south end of the island. We had two nights there, and mostly just bummed around the beach and the pool. It was good to unwind, but I’m not very good at doing nothing, so we weren’t too upset to check out. We drove up the west coast and visited Waimea, “Hawaii’s Grand Canyon” for the better part of that day, then looped back around, stopping on the east coast for groceries, before checking in to our condo on the north coast. The condo wasn’t worth writing about, and Princeville itself is actually pretty boring (unless you really love to golf), but it was a short drive from there to some great beaches. We visited Hanalei Bay and Anini, drove past Tunnels, went to the beautiful and nearly-empty Kauapea (Secret) Beach twice, Ha’ena, and hiked two miles on the Hanakapi’ai to its treacherous but beautiful beach. We zip lined, and kayaked through parts of the middle of the island, and drove to find some waterfalls. 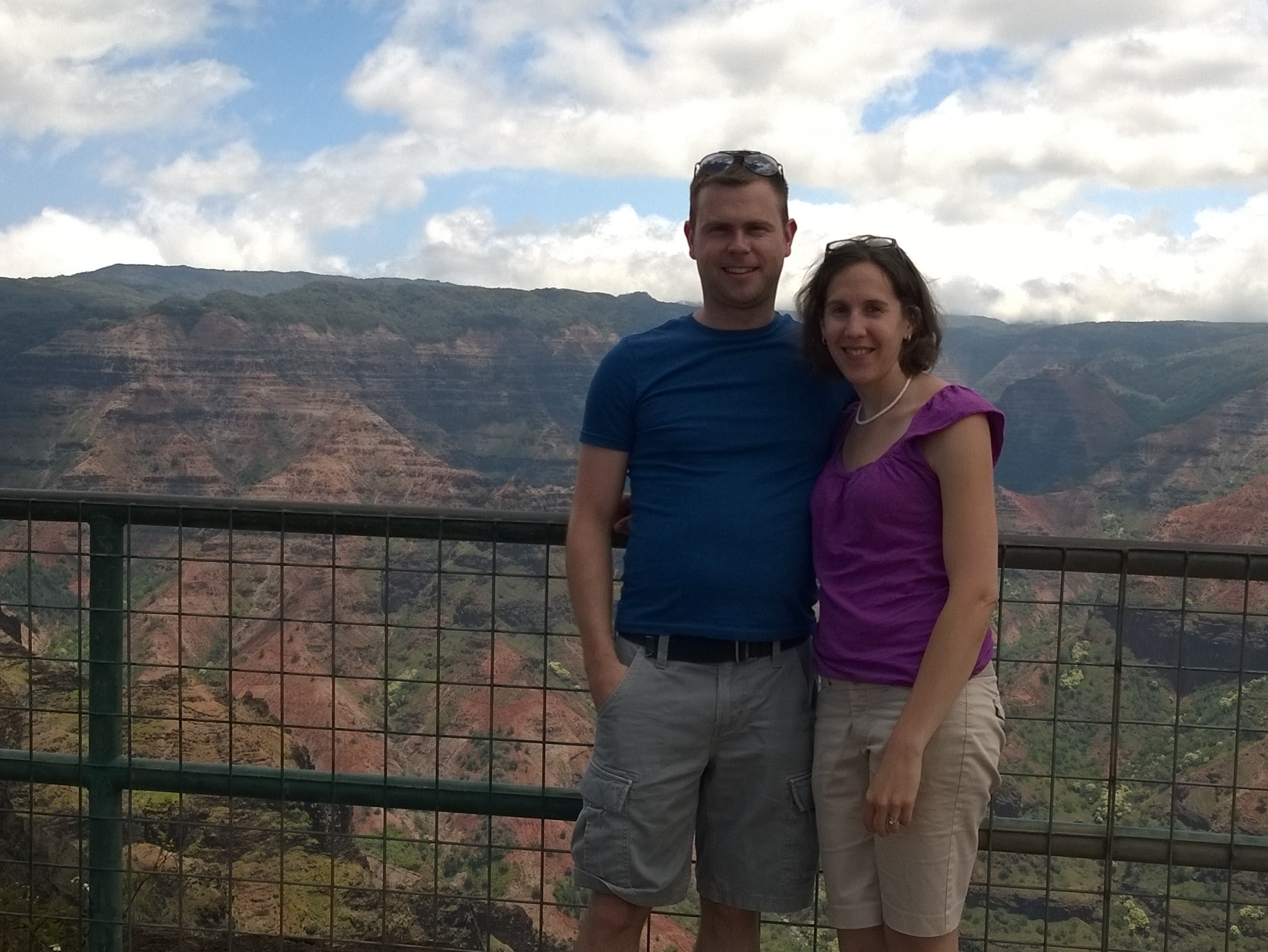 We didn’t manage to swing a helicopter tour (blew too much of our budget on Kauai’s over-priced, less-than-stellar tourist cuisine), but on our last day, when we drove to Wailua Falls, we managed to squeeze in a little adventure before our evening flight. There’s a tourist look-out at the top, fenced in with signs alerting you of the dangers of the cliff on which you’re standing. But we could see people swimming in the falls. As we were theorizing on how they got there, a couple teenage locals, barefoot and in their bathing suits, parked next to us hopped the fence and picked their way onto a perfectly good (if a little muddy) trail. We followed them to the top of the falls, where they hung their feet over the edge and we stood a safe distance back and tried to snap pictures, then down another path to the base of the falls. We swam around the waterfall, and climbed up on the rocks below it. It was beautiful, and we were lucky we got the chance to do it.
The grandparents did a great job of filling in for us, keeping the kids on routine (and even squeezing in a doctor’s visit for Eli), and generally giving us the freedom to do it. It may be another 13 years before we get a vacation that nice, but this one was worth the wait. It was so good, I didn’t even check my work e-mail once during the week — an improvement over the honeymoon!
Pics in the sidebar.