Today, my oldest turns 7! Last year, he watched Star Wars: A New Hope for his birthday. This year, he’ll obviously be watching The Empire Strikes Back. For 7 years I have protected him from Darth Vader’s secret. And it hasn’t been easy. 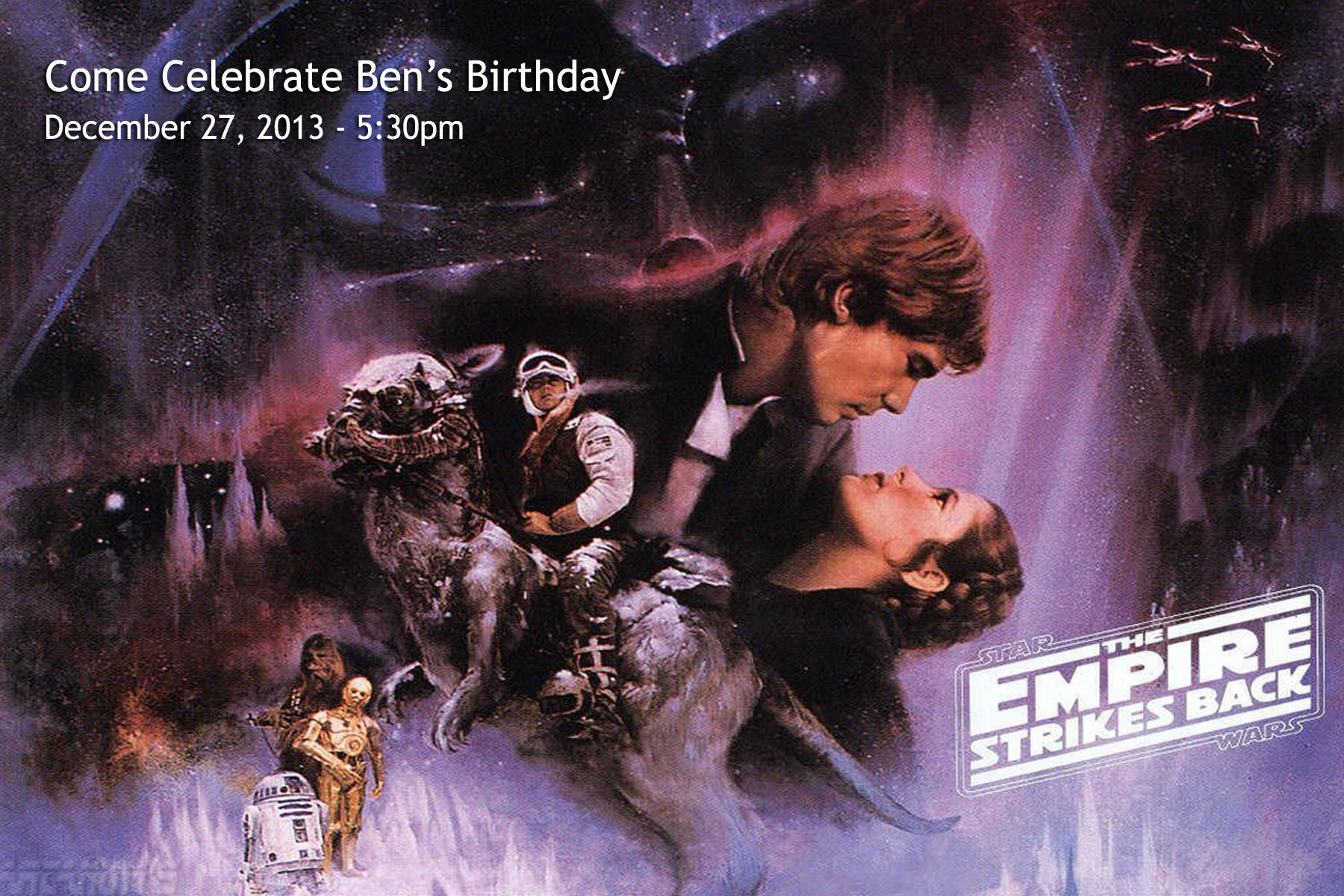 We’ve had to keep an eye on what Star Wars related toys he can play with, what shows he can watch, and even what commercials he gets exposed to. Its such a part of our culture that it has been hard to keep from him. Last week we took the kids to see Disney’s new movie Frozen, and before the movie started Disney had a little brag commercial about how they now owned LucasFilm. In it, a dad chases his kids with a toy lightsaber and says in a deep voice “Children, I am your father!” I saw it coming and dove at Ben to cover his ears and block his view. Why Disney would want to give away one of the biggest reveals in cinema history to a room full of little children is beyond me. But I’m pretty sure I saved Ben — and that the girls didn’t pick up on it.
Empire is the best of the Star Wars movies. No one since has done anything like the land walker scene with even a fraction of the realism that the hand built puppets of the early 80s had. That Lucas handed over the reigns to Irvin Kershner is something of a miracle in itself. The resulting movie was darker, more character-driven and carried the story further than any of Lucas’ own films. Situated between the two lighter chapters, it pulls you into the universe and makes you care about what happens to each of the characters — even the bad guy.
I’ve waited 20 years to share this movie with my son. I can’t believe he’s 7 already, but I’m so proud of my little man. He’s a good big brother, an insatiably curious explorer, a clever junior engineer, and a sweet, smart boy.
Update:
Managed to record the big reveal. Here it is on Vimeo…