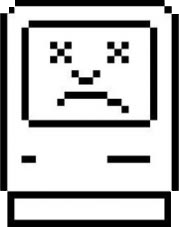 This week Apple surprised no one by announcing they were beginning their transition to “Apple silicon” in their Mac computer line-up. If you don’t know what that means, its sufficient to understand that they are moving from Intel-based computers, to a processor and related architecture of “their own” design.

I put quotes around “their own” because, despite their announcement, everyone knows that “Apple silicon” is derived from the ARM processor — a family of chips most often used in phones and other mobile devices. ARM has been around a long time, and Apple invested in the company back during the Newton era. Intel has obviously been around even longer, but Apple’s use of Intel chips is the stuff of relatively recent history.

This marks the 4th processor migration for Apple, from the Motorola 6502-based Apple I and Apple II computers, to the Motorola 68000 family in the early Macintosh line-up, to the Motorola (and IBM) PowerPC of 1990s processor-war infamy. With each generation, Apple struggled to position themselves against the WinTel (Windows + Intel) hegemony. It wasn’t until 2006, when they transitioned to Intel, that Apple finally found their footing.

Since Steve Jobs’ hostile take-over of the Macintosh project in the early 80s, Apple’s philosophy on computing has been fairly “closed.” Jobs envisioned the computer as an appliance for average people, not a tinker toy for nerds. In the original Mac, this meant unusual screws and an absence of hardware expansion slots. On the iPhone, it meant a “walled garden” where only Apple-approved apps on the Apple-hosted App Store could be installed (unless you were willing to do some serious hacking.)

It took a long time to prove this philosophy out — it was almost a full generation before non-nerds were doing most of the computer shopping. But in many ways it paid off. Macs have a reputation of being stable, reliable machines, and iPhones are the mobile device most people want to own. iOS really represents the logical outcome of Apple’s trend toward locking things down: its an operating system that users aren’t supposed to know anything about, on hardware that customers aren’t supposed to be able to open.

On the Mac, though, there’s always been another layer: under the simple, friendly veneer of the user interface is a powerful Unix shell. And under the sleek case is fairly standard, commodity hardware. The implications of this for the Mac is that despite Apple’s attempts to end their life prematurely, people with a little know-how can keep their Macs running for years. Unlike phones, where people feel compelled (either by fashion trends, or security concerns) to buy a new one every couple of years (don’t do it!), an Intel Mac can last a decade or more as a useful, performant machine. Obviously this is a problem for a company that primarily sells hardware…

Apple zealots will tell you that the move to ARM will let Apple build smaller, faster machines with better battery life. They’re not wrong — ARM rocks for mobility. What they won’t admit is that the move away from commodity hardware will let Apple control the lifecycle of these new computers the same way they intentionally keep the lifecycle of their phones shorter than necessary:

It remains to be seen whether the heroic hackers of the world will be able to bring these benefits to new ARM-based Macs, but if Apple’s plan is to make Macs more like iPhones (which it evidently is), you can bet they won’t help us.

The move from PowerPC to Intel was a painful one for the Mac community. Software we owned stopped working, or had to be run through short-lived and poorly performing compatibility tools. Then there was the swallowing of our pride as we collectively had to admit that Intel really did outperform the G4s and G5s we were so proud of. But ultimately, the benefits for consumers outweighed the costs: it was the right move. Arguably, the move to ARM is significantly less urgent — granted, Intel’s track record over the past few years hasn’t been great, but they’re still putting out decent performance at a reasonable price point. Besides, the average Mac user doesn’t care what kind of silicon they’re running on — and they shouldn’t need to. But they should care if a company is deliberately steering them toward a platform of aggressive planned obsolescence and a treadmill of re-buying things they don’t really need.

I’ve put more than two dozen used Intel iMacs and MacBooks back into service for churches, students, teachers and missionaries — all well past the date Apple would like them to be running, and all stable, reliable and with half of them running Windows 10 at least part of the time. They’re really great machines, and I mourn the end of this era. Maybe Apple’s new products will be better than I think; I’m sure they’ll be sexy pieces of hardware. I just hope they don’t become sexy pieces of garbage in a couple years…