Rapsberry Pi is a tiny computer on a board that uses fairly modern technology, and costs about $35 (or less!) It has nearly infinite use, many of which I’ve been interested to play with — but just haven’t had the time.
I found the time recently, though, when I came across a project to use the Pi as a bridge between an old game console and a modern network. Its not just limited to game consoles though. In the early days of these interwebs, we used to have to dial-in a service provider using a phone line, and this crude device that turned computer messages into screeching sounds — and then back again. We called this thing a “mo-dem” (modulator-demodulator), and it opened up the world to us… very, very slowly.
If I had a hobby (and really who has time for hobbies) it would be computer history. I’m fascinated by old computers, and the innovation, engineering and passion that they represent. On every printed circuit board, burnt ROM chip, and floppy disc full of bytes, is the mark of some team somewhere that helped change our culture, inspired new ideas, and created a platform for my generation to invent and create upon. Sometimes in a very literal way — inside every old Macintosh you can find the signature of the team members who flew a pirate flag and turned a computer into something that anyone could use.
Anyway, the Pi is 30 years of innovation, shrunk down into a board that fits in your hand, and runs any software you can dream up. A guy in England took an old hack for getting the Sega Dreamcast online, and jammed it onto the Pi. And thanks to this whole Internet thing, I got to work with him and help make it into something that anyone can use. Its not the first time I’ve gotten involved in a project that existed only in cyberspace — I did US testing and QA for the eSID, another clever hack from an ex-Saab engineer in Sweden. But on this occasion, I was able to help with debugging code a little, which I rarely get to do anymore. 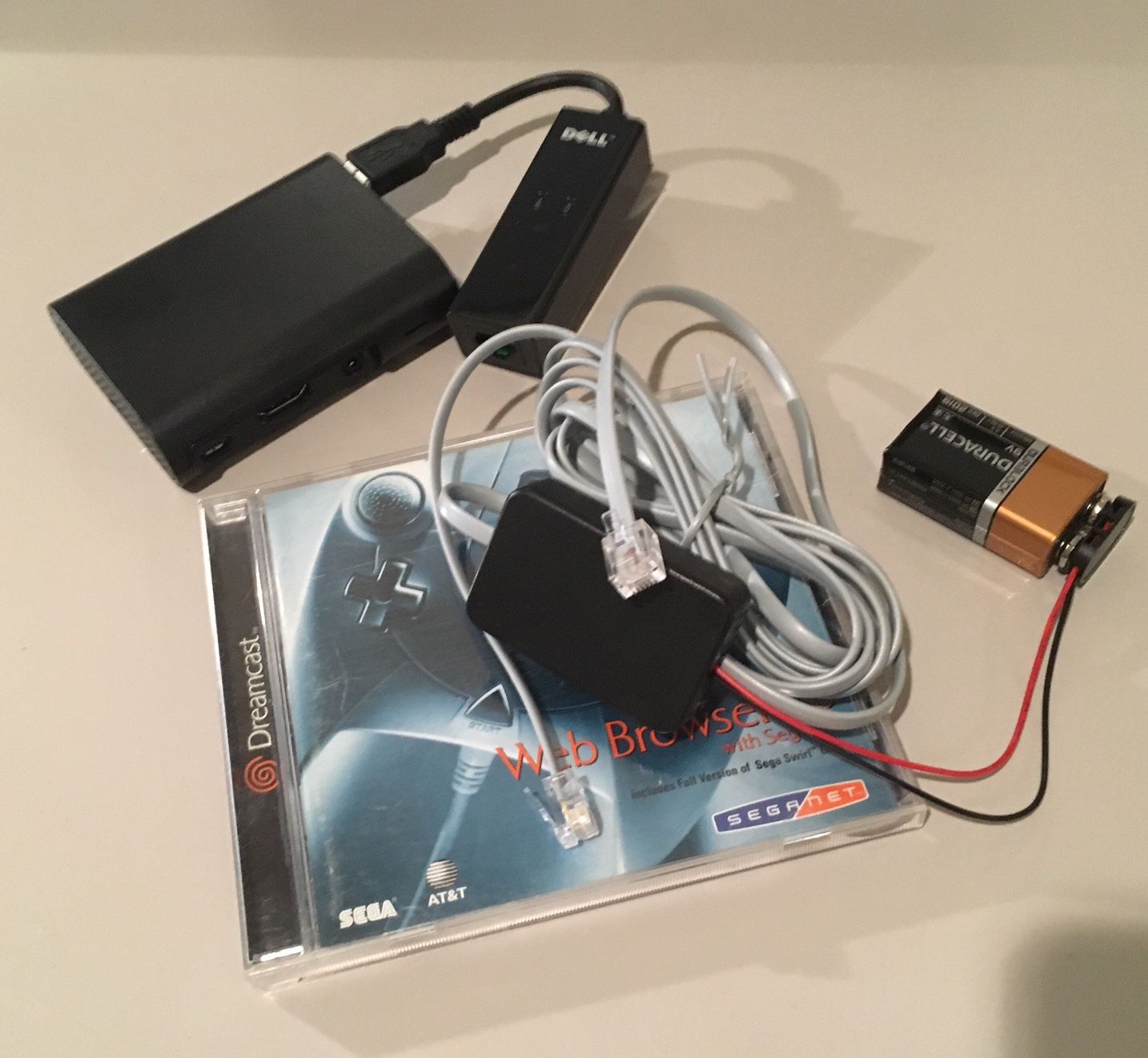 Dubbed the DreamPi (Dreamcast + Raspberry Pi), you plug in a USB modem, and hack a 9v battery onto a phone line. The Dreamcast (or any old device) thinks its dialing a ISP from yesteryear, while the Pi pretends to answer a call, negotiate the connection, and accept imaginary account credentials. Then it serves your modern home network up to the Dreamcast as fast as the old modem will drink it up. After a little troubleshooting and a bit more Internet fakery to shield the Dreamcast from long-dead servers and web technology it can’t possibly understand, a sizable catalog of formerly deceased online games — from the first console to really take the Internet seriously — is now back online.
Ben and I have been getting pretty good at soldering, and we bundle up all the pieces and sell them on eBay. All the instructions and software are freely available online, but for people not comfortable with Python and a soldering iron, a ready-to-use kit can be had for a fairly reasonable price. We don’t really make any money on them — after I give Ben and eBay their cut, I basically break-even. But there’s satisfaction in extending the life of technology beyond what it was expected to do.