The original incarnation of the social network we know as Facebook was a bluntly misogynistic web app called “Facemash” designed to let frat boys rate how hot incoming freshman college girls were. 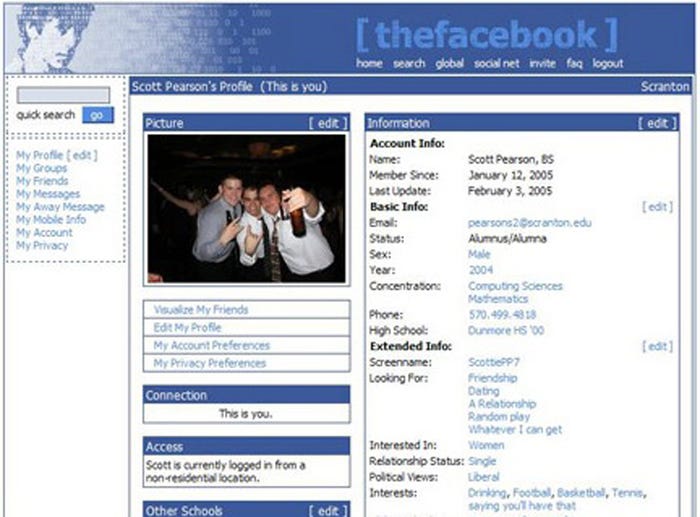 Socially inept founder Mark Zuckerberg followed up that hit by stealing from his friends to market “TheFacebook” initially at Ivy League schools, then as his right-place-right-time luck continued, it spread out to other schools, and eventually the world. Never in its existence would you describe Facebook’s leadership as entirely ethical.

However, there was a time where the altruistic potential for Internet and social media outweighed the dubious morals of people helming its evolution. There was a time when Facebook really did accelerate connection and communication. Early web 2.0 developers and smart phone adopters remember fondly when Facebook offered a two-way API that made it a more benevolent center of gravity for social interactions. It wasn’t originally a walled garden that collected data for sale and manipulation. It used to be a flawed but decent place to find and communicate with family and friends both new and old.

The revelations of whistleblower Frances Haugen came as a surprise to no one who knows anything about technology. Of course “Meta” knows its products cause social and emotional harm: they may be morally repugnant, but they’re not stupid. Facebook’s progression from open network for social interaction to closed environment designed to capture, addict and sell-to is easily traceable across the past decade. Virtually every change to the platform and every acquisition they’ve made has been blatantly designed to lock-down and lock-in their audience, catering to the worst tendencies of humanity to accomplish it.

I’ve agonized for the past 4 years about why I still have a Facebook account. The reasons to get rid of it are plentiful, and the reasons to keep it are few: a short list of people I love and want to hear from that aren’t on other networks. After the events (and opinions) of 2020, the list got even shorter! This year, I’ve come to the conclusion that Facebook does more harm than good, and its time to transition away from it. They’ve learned no lessons from their past mistakes — instead only doubled down on the same bad behavior that got us to this place. I don’t want to join the Metaverse; I just wanted to connect with loved ones.

So in 2022, my Facebook Profile, in place since 2007, will be deactivated. In that state, I can continue to use Facebook Messenger for direct communication. Facebook Stories also appear in Messenger, so for those who use that feature, I’ll be happy to check those out periodically. Instagram, being a Facebook property, has similarly been disabled for me since the beginning of 2021. I plan to reactivate it over the holidays to see what I missed, but then turn it off again before the New Year. I’m not sure the same policy will apply to my Facebook Profile.

Of course hearing from you is important to me. I’ve been working on ways to consume published content via RSS — a subscription-based technology that continues to be the best way to tame the Internet. Things you post in a closed network like Facebook are probably out of reach, but blogs are easily consumable, and public Instagram feeds are potentially accessible without participating in Meta’s malicious data collection ecosystem.

Being heard is also important. You can always find us here; I’m resolved to post here in more ways and more often, including the photos feed, which will get a facelift in an upcoming redesign of the site. I’ll be leveraging Twitter for brief thoughts, but you won’t need an account to that dumpster fire to follow: I’ve worked out a way to convert Twitter feeds to RSS and they’ll be on this site and in its feed. I know its a little harder to visit a website than to just scroll Facebook, but I’d posit that weaning yourself from Mark Zuckerberg’s teat is worth the effort: as a society, we can do better.

Obviously the calculus is different for each of you. For some, Facebook may not be as intrusive or offensive. But most of my life is technology, and I’ve grown to resent the Big Brother watching everything I do.

If you want to continue to use Facebook, but limit its blast radius and manage their impact on your online life, check out some tips I wrote here.

If you’re at the point where you’re ready to start unplugging, and you need help finding alternatives, let me know. I’d be happy to help you find outlets to consume, create and communicate on the Internet that are less susceptible to misuse. Until then, I hope you’ll check in here occasionally — we’d love to hear from you…

One thought on “Opting Out of the Metaverse”