The company that started with the motto “Don’t Be Evil” has spent the last decade or so flirting with ideas that are awfully close to evil. That doesn’t mean that the organization is bad — any more than a hang nail means a human being is dying — but Google sure could use a pair of nail clippers.

When GMail first came out, I was ecstatic to get an invite. They were transparent about the trade-off at the time, and we all accepted it as reasonable: Google has automated systems that read your mail so that they can personalize advertisements to your interests. If you send an email to someone about how you burnt your toast that morning, seeing ads for toasters in the afternoon seemed fairly innocuous — even a little amusing! At the time, though, Google’s coverage of your digital life was just search results. Adding e-mail felt natural and not really that intrusive.

Fast forward to today, and what Google knows about you is downright terrifying. They don’t just know where you go on the Internet, they know where you’ve been, how often, and when you’re likely to go there again in the real world. And their influence doesn’t stop at knowledge: because of the virtual monopoly of Chrome, and its underlying tech called Chromium which powers most browser alternatives, Google has started making unilateral decisions about how the Internet should work — all in their favor, of course. They don’t like it when you’re not online, because they stop getting data about you. And it doesn’t matter if you’re not using one of their properties directly, because 70% of the 10,000 most popular Internet destinations use Google Analytics. Its actually a great product; it helps web developers understand their audience and build better offerings — and all Google wants in exchange is to know everything about you.

And let’s talk about YouTube, a virtually unavoidable Google property, full of useful content, and a site that historians might one day determine was a leading cause for the end of our democracy. YouTube is awful — and its entirely by accident. Google deflects privacy concerns by pointing out that the analysis of all this data is done by algorithms, not people. There’s probably no person at Google that actually knows how to gather all the information you’ve given them into a profile of you personally. But there doesn’t need to be: their software is sufficiently empowered to manipulate you in ways you aren’t equipped to resist. 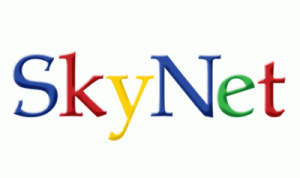 YouTube’s recommendation algorithm has been disowned by its own creator as reckless and dangerous, and while its been tweaked since it was launched on the world like SkyNet, the evil AI from the Terminator movie franchise, and now has human over-seers to guide its machinations towards less destructive content, its still a pernicious and outsized influencer of human thought. Look no further than 2020’s rampant embrace of conspiracy theories for proof positive that recommendation engines are not our friends.

Google set out to do none of these things. I’ve been to their campus, and interviewed for jobs with their teams. To a fault, everyone I’ve met is full of idealism and optimism for the power of the Internet to empower individuals and improve society. I actually still like Google as a whole. But if the Internet is Pandora’s box, Google is the one that pried it open, and can’t quite figure out how to deal with what was inside. Humanity is not inherently good, and accelerating our lesser qualities isn’t having the positive outcome Google’s founders might have hoped for.

So, how do you throw the bath water out, but keep the baby? Can you use Google’s awesome tech, without contributing to the problems it creates? I don’t know, but here’s a few of the ideas we’re trying:

I’ve said this before, and it bears repeating: don’t put all your eggs in the same basket. If you have a Google Mail account for work, have your personal account with another provider. If you use Google Classroom for school, use OneDrive for your private documents. If you have an Android phone, don’t put a Google Home in your bedroom. This isn’t just good security practice, preventing an attacker from gaining access to everything about you from a single hack, its good privacy practice. It limits the picture of you that any one service provider can make. Beware, though, of offerings that appear to be competitive, but are actually the same thing under the hood. The privacy browser Brave may tell a good story about how they’re protecting you, but their browser is based on Google’s Chromium, so its effectively the same as just using Google’s own browser.

The YouTube recommendation engine is getting better. They’ve taken seriously the impact they’ve had, and they have smart people who care about this problem working on it. Until they get it right, though, you can install browser extensions that just turn it off altogether. You can still search YouTube for information you want, but you can avoid the dark rabbit trail that leads to increasingly extreme viewpoints. Choose carefully, because browser extensions are information collectors too — but here again, at least you’re diversifying.

Use an ad-blocker, and contribute less to their bottom line. Ad-blockers are relatively easy to use (again, reputation matters here), and available in multiple forms, from user-friendly browser extensions that can be toggled on-and-off, to nerd-friendly solutions you can run on a Raspberry Pi. We’ve eliminated about 80% of the ads we see on our home Internet by using DNS-level filtering — and its remarkably easy to do.

I’ve been involved in software development for 20 years — data really does make software better — but did you know Google will willingly relinquish older data they have on you? All you have to do is ask. Whether you’re an active Google user, in the form of an Android device or one of their enterprise offerings (like Google Classrom), or just an occasionally searcher with an account, you should take them up on this offer and crank up your privacy settings.

Google is still pretty much the top of heap as far as search results go, but they’re far from the only game in town — and the deltas shrink daily. Bing is remarkably close in the search race, although its backed by an equally giantic corporation that is probably no more altruistic with their data acquisition, and DuckDuckGo does a decent job most of the time. Why not switch your default search engine to something other than Google, and switch back opportunistically if you can’t find what you need?

Just like Facebook has its fingers in most of the Internet, Google is everywhere. A service called Blacklight lets you plug in the address of your favorite website, then gives you a report on all the data collection services that website is cooperating with. The scariest ones are probably the ones you trust to give you news and information. Use RSS where possible, anonymizers, or different browsers for different purposes… which brings me to my final suggestion. 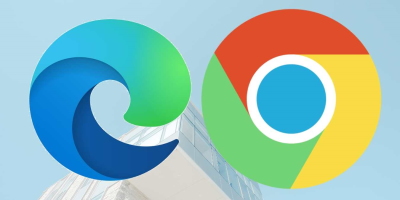 Oh man, I could go on for pages about how scary Google’s control over the Internet has gotten — all because of Chromium. If you’re old enough to remember all the fears about Microsoft in the 90s, this should all seem familiar. Just like the PC was Microsoft’s playground, and anyone who tried to compete was in danger of being crushed under the grinding wheel of their ambition, the world wide web has become Google’s operating system, and Chrome is the shiny Start Menu that graced every screen. Everything uses Chromium, even Apple’s browser, and Microsoft’s new Edge. It allows Google to basically dictate how the Internet should work, and while their intentions may be mostly good, the results will not be. I’m practically pleading with you: install Firefox and use it as your default browser; switch to a Chromium-based browser only when you have to.

If I sound like a paranoid old man by now, I’ve earned it. I’ve literally been working on the Internet my entire career — my first experiments in web development date back to 1996. I love this thing called the web, and generally Google has been good for it. But a democracy isn’t democratic if its ruled by dictator, and the Internet isn’t open if its entirely controlled by Google. As citizens of cyberspace, you own it to your community to help it stay healthy, and as individuals, you owe it to yourself to practice safe web surfing.