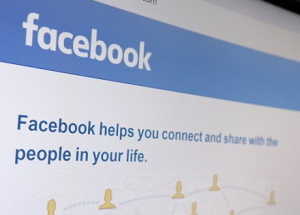 The Delete Facebook movement has been around for a while now, and I have to admit, the idea is tempting. The downside of allowing a single company to have such an outsized view into our lives has become increasingly obvious, while the benefits have dwindled. By design, Facebook is more than just a social network – its evolved over the years to become something of an Internet hub. Sure, there’s a lot less people playing Farmville, but it’s still the closest thing to a ubiquitous messaging platform we have on the Internet, so it’s hard to just turn it off. Short of writing a letter and putting it in the mail, Facebook is the one place where I can get a message to most of my extended family. And there are things to be said too (both good and bad) about Facebook Groups, where strangers with common interests can meet and create connections — most of my hobby projects have been significantly helped by members of one Facebook group or another.

So quitting Facebook might be going a little too far for most of us, but maybe putting some limits on Facebook’s reach can help. Here are some easy steps you can take to control Facebook’s visibility into, and impact on, your digital life.

Delete the App from your Phone… Then Put it Back

Facebook’s mobile app, whether on Android or iOS, has a staggering privacy impact. Except on the latest OS versions, most of these permissions, once granted, are permanent, and accessible in the background. Recent improvements to underlying platforms have revealed numerous “bugs” that have all the appearance of spying on users – even while the app is not in use. For example, Facebook helpfully asks for access to your Address Book to facilitate “finding friends” but can use that information at will to quietly strengthen its social graph (the powerful database that makes Facebook so interesting to advertisers and political parties.) Recently a former engineer reported that Facebook experimented with uploading all your pictures in the background to “improve performance” when you chose to post a picture on their site.

Obviously, it’s nice to have your social network in your pocket – it’s convenient and helps pass the time. But, giving away all your personal data seems foolish. Fortunately, there is a work-around, and its actually quite nice. By design, your mobile web browser is a “sandbox” – websites can’t get the same permissions as Apps can, so they’re intrinsically safer. And to make it more convenient, both Android and iOS allow you to “pin” a website to your home screen so that you can launch it just like an App. The experience is slightly diminished from the full App, but its remarkably elegant, and significantly less intrusive.

The process is slightly different for each platform, but it amounts to:

A nice side effect of this change is that Notifications go away. You can always launch the “App” to see what’s new, but you won’t get things pushed to you constantly. Facebook Messenger is a separate app, which seems to have less privacy issues, so it can remain installed to allow message notifications.

This tip applies to both your phone and your laptop or desktop computer, although the process is a little different. It requires you to get used to having multiple web browsers – and keeping Facebook in a secondary one.

My strong recommendation is to use Firefox as your daily driver – it has an extension that can limit Facebook’s reach automatically. Chrome and Edge both are reasonable for privacy, Brave is better, but in other ways all of these browsers contribute to Google’s unreasonable control over the evolution of the Internet – but I’ll get to Google in another post. Suffice it to say, choose your main web browser and make sure you’re signed out of Facebook (and Instagram) completely on it. When you visit facebook.com from that browser, you should get prompted to sign-in – otherwise, assume Facebook is tracking you all over the web.

(Update: if you have to have Chrome, check out these extensions to help keep you safe.)

Facebook uses a browser fingerprint it establishes when you sign-in to their site, combined with tracking that same fingerprint detected through their pervasive advertising network, to piece together your browsing history — this is why Facebook ads seem like they’re reading your mind: they really do know everything you do online. Never use “sign in with Facebook” to log into a non-Facebook website or service. This is another way they track your activity. Your main web browser should be anonymous to Facebook at all times.

On a phone this is a little harder, because you can’t completely change the default browser – the built-in engine will still handle embeds and links no matter what you do. But you can still follow the same pattern – create the Home Screen shortcut “App” using the built-in browser and install another browser to do most of your surfing.

Aside from its privacy issues, Facebook also functions as sewage run-off for some of the Internet’s worst information pollution. Political viewpoints turn angry during an election year (or pandemic) and sometimes it gets to be a little much. You may learn things about your social network that you wish weren’t true – or maybe you just need a break from all the memes.

Sometimes you have no choice but to just remove connections (de-friend people) if they won’t listen to reason. But often a genuinely decent person has just listened to a little too much Fox or NBC News and you need to take a break from the partisanship. It’s OK to “snooze” people or unfollow them. This allows you to stay connected, without having to get inundated with their ideology.

I don’t mean to suggest we shouldn’t hear ideas and perspectives that are different from ours – in fact, I believe it’s healthy to hear both sides of a debate… as long as both sides are rational, thoughtful and based, at least in part, on objectively verifiable reality, or reasoned interpretations of events. But not all opinions are created equal, and not all sources of information are valid. I’d advocate first for a loving attempt to reason, out of concern for a friend, but I’d also advocate (especially as my kids are moving into an online world) for a limitation of the pollution you expose yourself to online.

The Facebook timeline algorithm is tweaked for engagement (sucking you in) and for maximizing advertising impressions (keeping you on the site so you see more ads). It’s not a good source of information, any more than if everyone in town went to the same park and all started shouting our opinions at each other. Prudently manage who and what shows up on your timeline, or ignore the timeline entirely, in favor of personal interactions or Facebook groups that are healthy for you.

If you use the Facebook app, or a dedicated browser, both Android and iOS will allow you to limit your time in those apps. You can use this for any App that you find yourself mindlessly scrolling through more than you want to. In iOS, it’s called “Screen Time”, in Android it’s called “Digital Wellbeing”, but in either case you can find it in Settings, and easily set a timeout in minutes per day. Of course, you can over-ride it if you need to, but it’s a good reminder to manage what you’re consuming in a given 24 hour period, and make sure you’re including other interactions and sources of information.

We don’t let our kids use social media yet – their brains are still forming, and they don’t have all the tools they need to discern what they may read online. But adults aren’t immune from the cognitive biases that can trick our brains into unhealthy patterns. Facebook is a relatively new kind of media – one that empowers peer-to-peer sharing and information dissemination much faster than what we had a generation ago. It has many incredible benefits but inherits all the same problems of previous kinds of media, while introducing a slew of others that humanity isn’t really equipped yet to understand. There are efforts underway to understand and improve how this kind of media works, but until those things mature and inform the evolution of the Internet, it’s up to us as users to think about and manage how we interact with technology and other people using it.