Another year down: another big move, another set of trips and adventures, new schools, new jobs… 2015 was a full one. Since this annual post has become a tradition, and is getting close to the only post a year, it seems like a re-cap is in order.
We had an inkling early in the year that the winds of change were blowing. We didn’t know what direction they were headed, but there was a sense of urgency that we needed to close things out. Truthfully, we always knew our time on the west coast would be limited, but we felt like we had a lot left to see. We squeezed in as many trips as we could as the weather got nicer, and started praying in earnest about what was next. We explored the Olympic Peninsula, flew to San Diego to visit Lego Land with my parents, got back to BC a couple times, and even pulled off a summer road trip with some sweet friends down to Oregon, where we saw Crater Lake and the Oregon Caves. 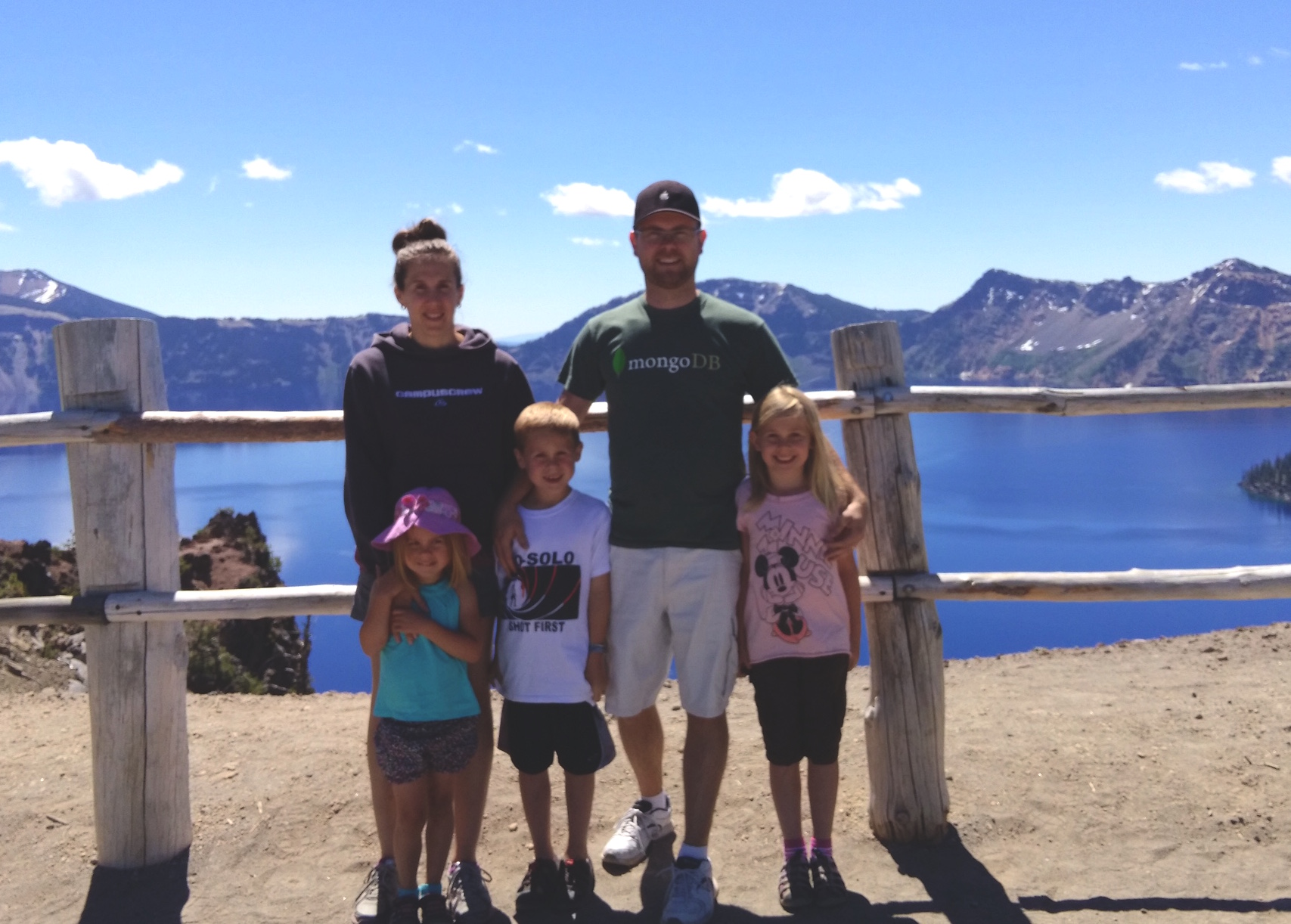 I had a few casual discussions with some folks in my network about where I might be able to apply my professional skills, and even flew to California on my own dime to attend a conference from an old employer, and see if maybe there was something interesting to sink my teeth into there. We knew it would mean a move back east — but we’d kinda made peace with that. When we decided to accept the job offer, we determined that this time we were going to roadtrip cross-country and see as much as we could.
It ended up being two road trips for me. One on my own, to start work and scout out the area. The other, with the family, with stops in Yellowstone and Mt. Rushmore — and a couple other less memorable places, was a wonderful experience that we’d recommend to anyone.
The new home is great, on a couple acres of property in a township that reminds us very much of where we both grew up in Canada. We can get to Nic’s old home to visit with family in about 5 hours of driving (as opposed to 5 hours of flying!), and we still get paid in US dollars — which is a plus. However, while the base income is comparable, and the cost of living is lower, gone are the days of semi-annual bonuses big enough to buy a new car. Our tour on the west coast got us to all our financial goals, with rapid growth and intense work. Now we’re forced to be a little more deliberate, and to move at a pace that is a little more drawn out. This is true of both the new job, where things move much slower than I’m used to, and the new income, where the “Christmas bonus” was measurable in hundreds of dollars (“don’t buy a pool” said my new boss, when indicating what to expect!)
But these limits are a little more “normal” than what we’ve grown accustomed to. And maybe normal isn’t a bad thing. If we’re careful, we can still do the things we want. This coming year we plan to visit my parents in Grand Cayman (with the kids), go to Europe for our 15th anniversary (without the kids), and visit friends and family (including my new niece!) on the west coast (with the kids.) Add to that some of the smaller adventures that come from being a part of a community — parties at co-workers houses, the county fair, season passes at a water park, our friend’s new hobby farm, road trips to Ontario and to revisit old stomping grounds in New York — and normal life might be OK.
In 2016, maybe we start to settle a little. Figure out how we’re going to get the kids through school. Figure out what life looks like for Nicole when all 3 are off to school all day every day. Figure out how we can serve others where God has placed us. And maybe, figure out how to infuse my new workplace with some of what I learned at my old ones…
In the past, we’ve planned our goals 1 to 3 years out. Now we’re starting to think about 15 — Eli in college, the house paid off, money in the bank for travel… Seems a lot riskier to plan for changes that far away, when we’ve been used to change at a much higher rate. But as we did then, we’re learning to leave the planning to God, and make our focus about obedience with what He puts in front of us. Whatever happens in 2016, we’re confident that His will is good and perfect, and that we want His plan — not ours.