When we moved from New York to Ontario, we left behind a great babysitter — and in fact, a great pool of babysitters. We prayed that God would provide one just as good back home. God answered that prayer with an 11-year old girl, with a big smile and a bigger heart, who introduced us to her wonderful family.
But it wasn’t just one babysitter — she had a little sister. And although they both grew up just as fast as our own kids, and their social and sports calendars kept getting more full, they always found time to spend with Ben, Abi and later Eli. We were so grateful for their contribution in the lives of our little ones — and especially grateful that the girls could rarely be convinced to take money for their time. Most babysitters are little mercenaries!!
So when we decided we were going to take the kids to Disneyland, it was obvious to us that some of our favorite people should come along — and help wrangle our little monsters! 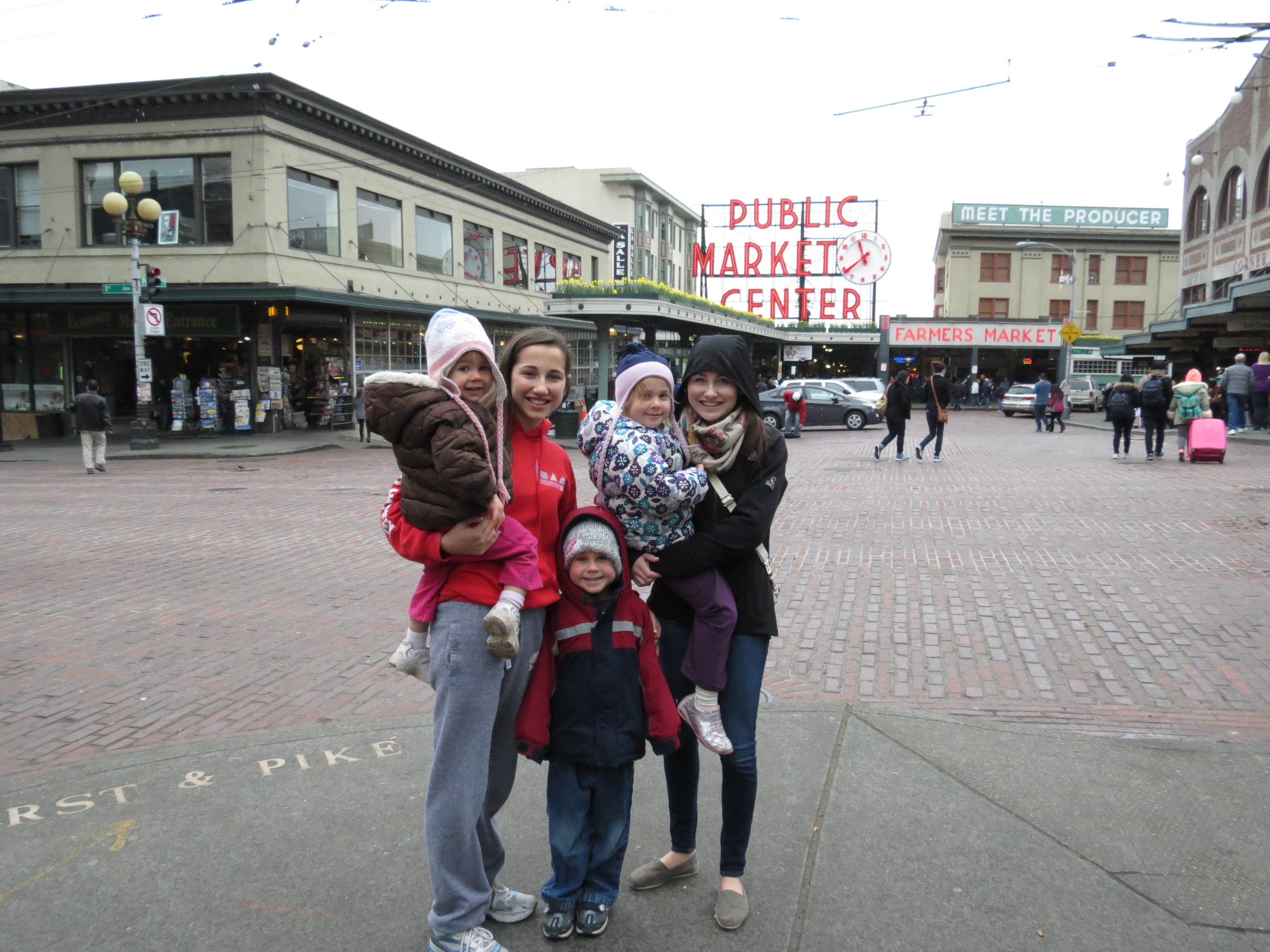 So we saved up our SkyMiles and flew the two sisters to us. After a brief tour of Seattle, and a less brief shopping trip to Target, we loaded everyone into the mini-van, hooked up Netflix to the van’s TV, and started driving to California. We drove hard on the way there, stopping in Sacramento the first night, then pushing on to Hollywood before LA rush hour. We spent the afternoon doing the tourist thing, then escaped to Anaheim to rest up for two days of theme park fun. 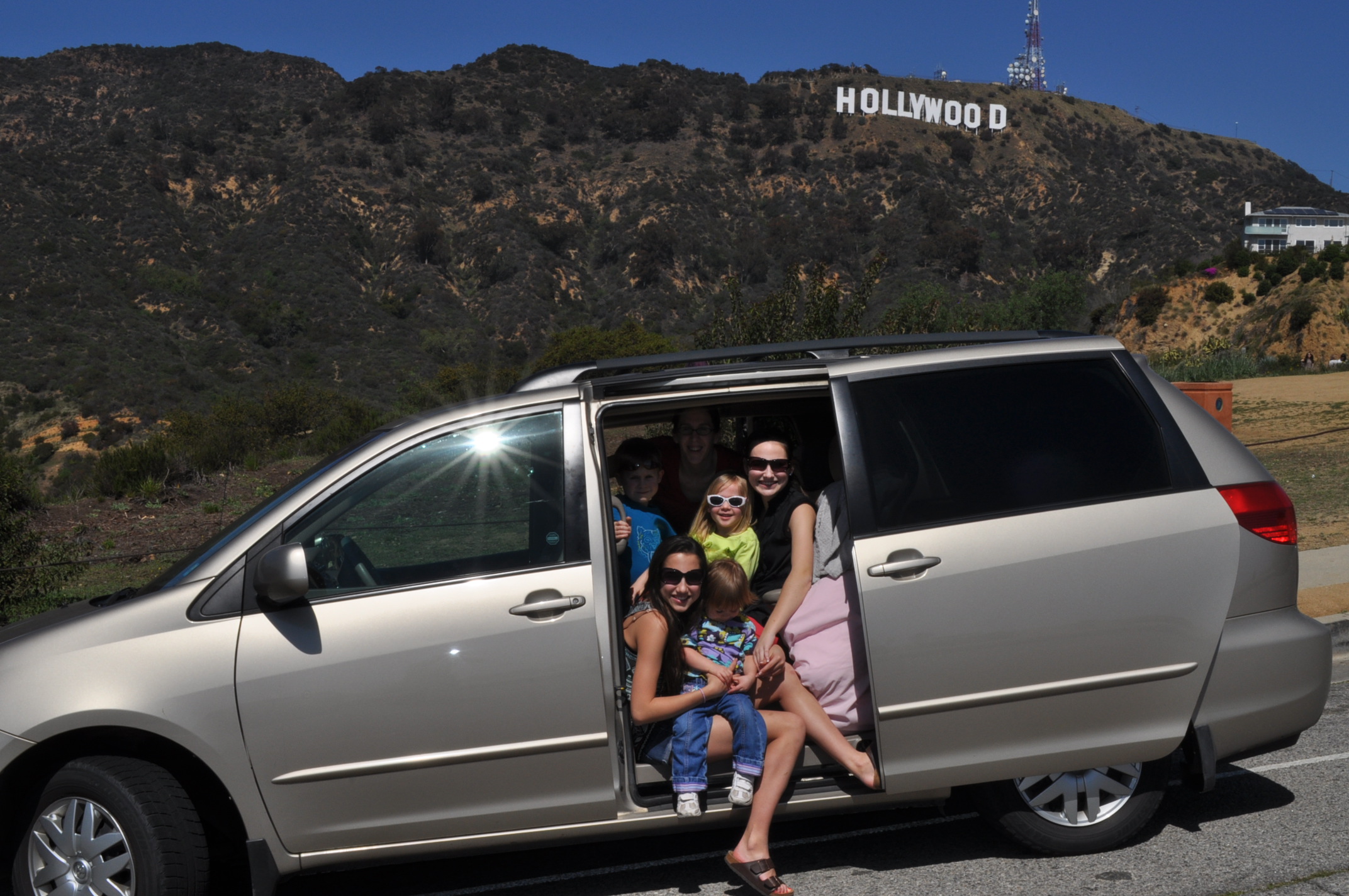 (Two days for everyone else — Ben, either from excitement or some other psychosomatic trigger, barfed all over the hotel room that night, so he and I spent half a day in the hotel, doing school work and making sure he was OK.) 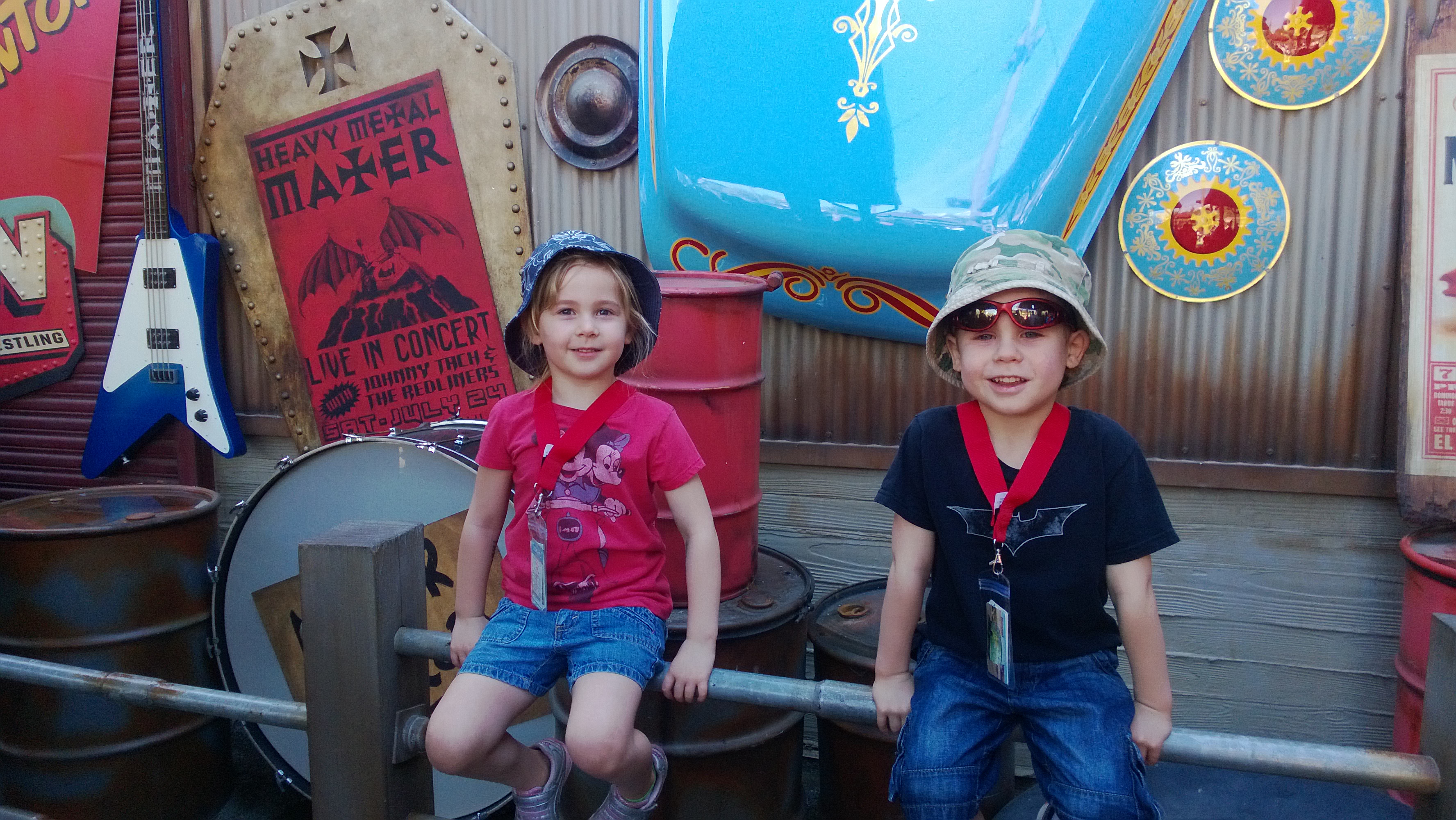 Disneyland was awesome. I’ve been to theme parks, but Disney has it down to a science. Fastpass works great, the lines (on the few occasions we stood in them more than 15 minutes) were smooth and often entertaining, and fun rides were available for all ages. Ben loved Tower of Terror, Abi rode the Little Mermaid twice, and Eli even got to go on some great ones. Thursday night we stayed up late, road the amazing Cars ride, and watched the fireworks. 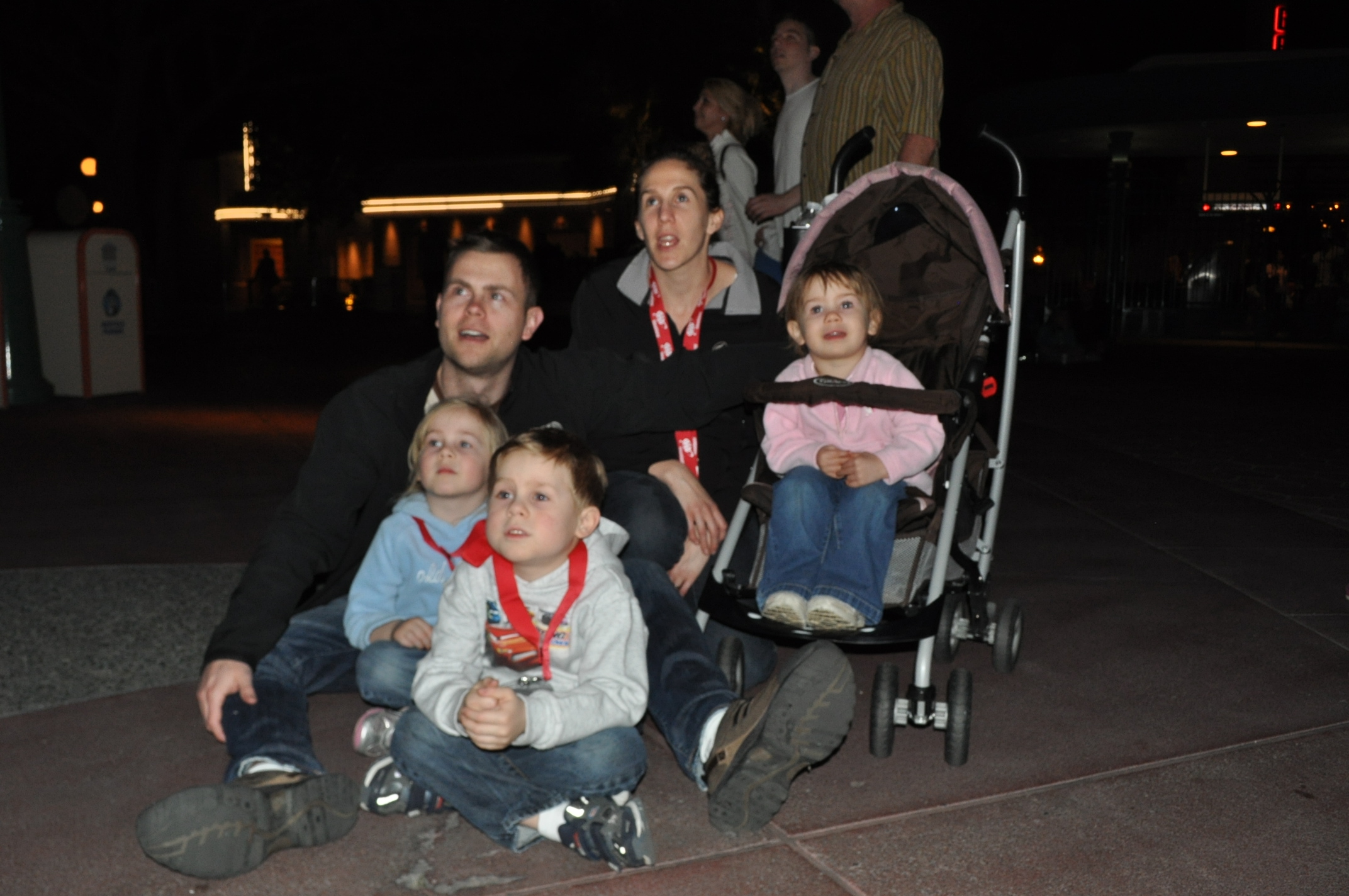 As always, having our favorite babysitters along made things much easier, and let us split up and try different things. We were sad when the two days were up, and we had to say good-bye to them at LAX, so they could be home before their March Break was over. We spent the next 3 days making our way up the coast on 101, stopping where we felt like it. We explored the cheesy Confusion Hill, ran across a very cold beach to put our feet in the Pacific, were humbled by massive Redwood trees, drove across the Golden Gate Bridge and had BLT’s on the other side, wound through hair raising winding forest roads, and ate far too much McDonald’s. 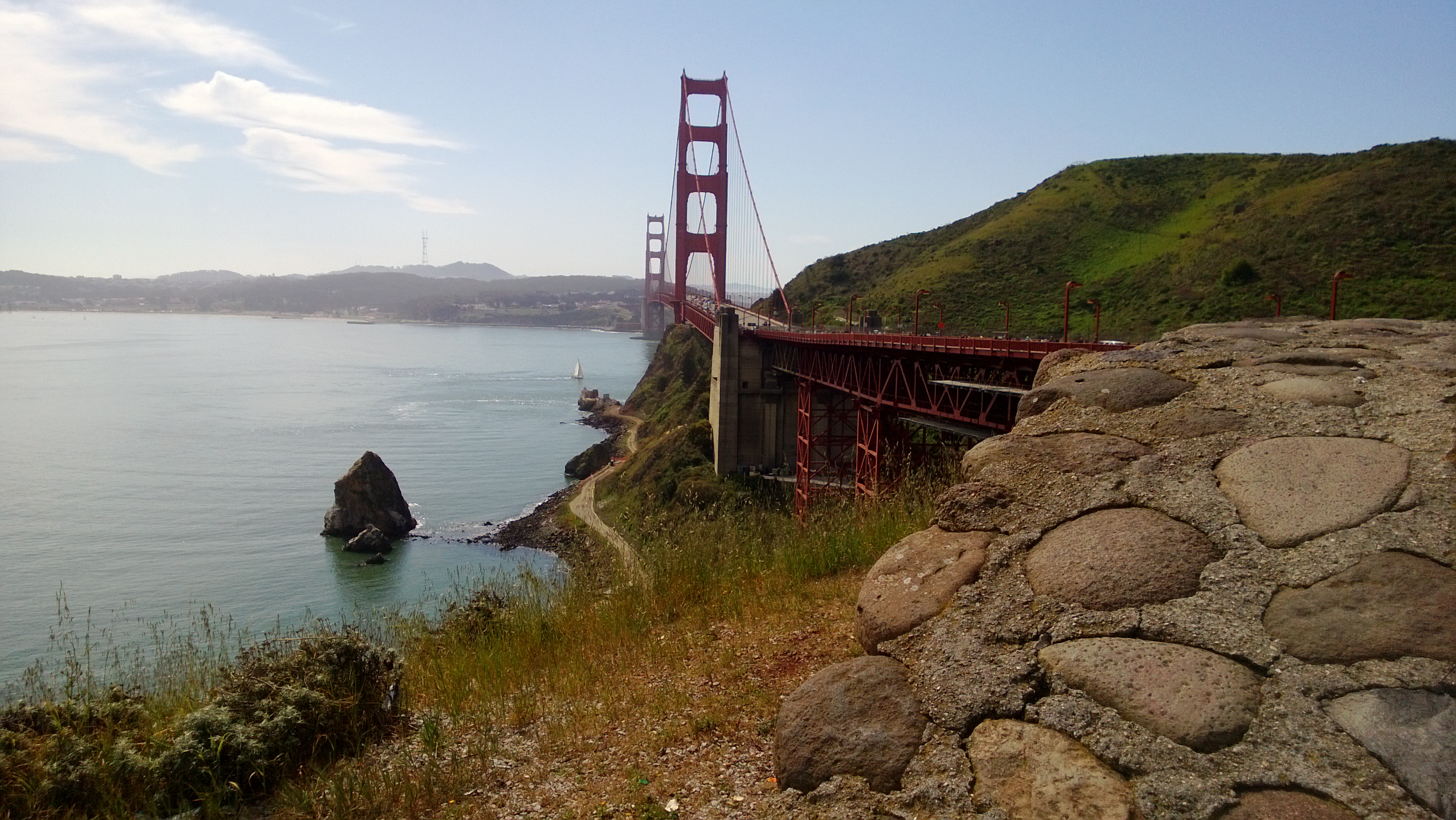 We got home Sunday night, and were back at school and work the next day. It was an awesome family vacation, and we were so blessed that we got to share part of it with two very special people in our lives. 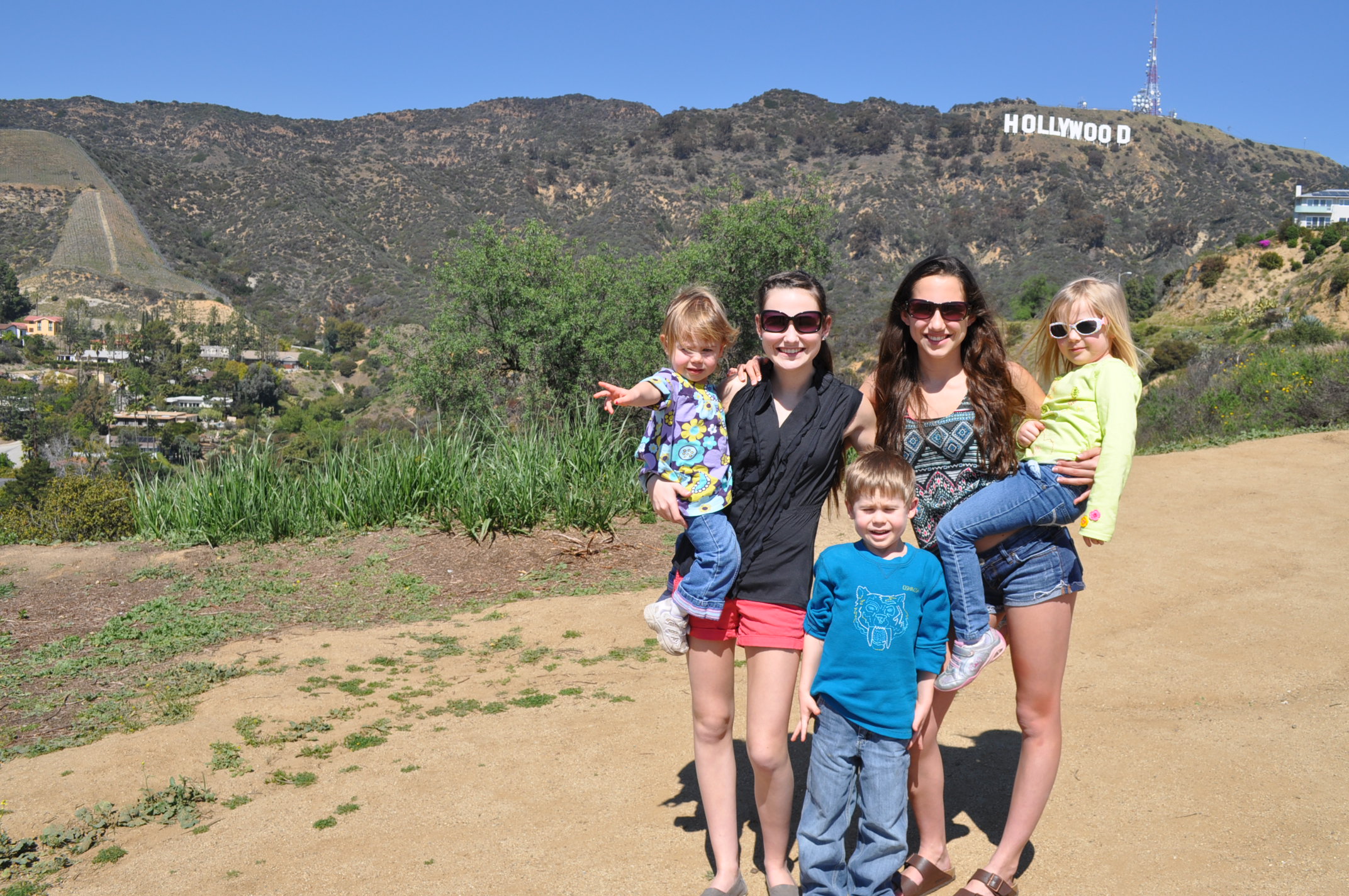 Way more pics on the sidebar and on Flickr…