After getting hit by a car, I was no longer able to drive a manual transmission vehicle… and I was no longer allowed to drive a motorcycle. God provided a very nice, very well priced high-end sport sedan. It’s a 2007 Saab 9-3 2.0t, and it is beautiful.
My Saab and I have literally travelled across the continent, I’ve learned its personality and its adapted to mine. I’ve had it stripped down to the metal on both the front and back ends, and I’ve pulled apart the dashboard a number of times. I’ve upgraded it personally and learned a lot while doing it.
I like that its quirky, I like that some of its quirks were put there by me, and I like that very few people on the road have the same car as me — and that I can pass most of them like they’re standing still. 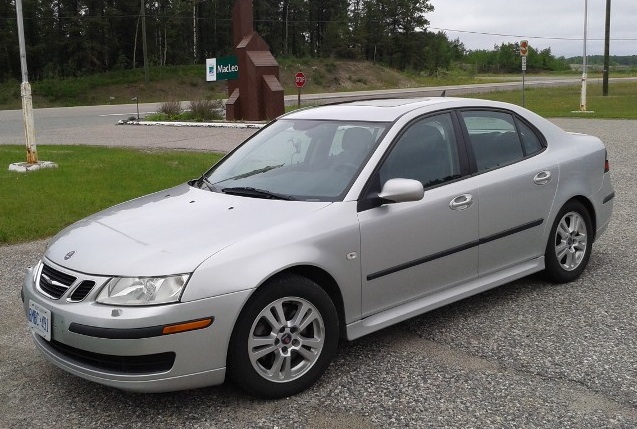 Sadly, while Saab was once selling briskly in the US, this is a European car, made for European markets with Canadian allowances — this particular car was not designed to meet US specifications. And although they’ll acknowledge that Canadian regulations are more stringent than their own, the folks working the border still won’t let me import it. And I’ve tried everything.
So with 4 months left before the tags and my Ontario driver’s license expire, and no way to get insurance on the car beyond that date, I made the tough decision to buy a replacement. Which means we currently (and ridiculously) have 4 cars.
We’re working out a plan for the Audi back home in Ontario, and an old friend and I will be road tripping up to Calgary to leave my faithful stallion behind for sale there.
So what do you replace the car you love with? A newer, faster version of the same car!
Unfortunately, this arrangement means a (hopefully) temporary dip back into debt (for one of those 4 cars!), as the new vehicle has to be financed. Fortunately, we were able to do this using only US funds and US credit — an achievement we’ve been working toward since we moved. When the other two cars are sold, we’ll pay off most of that loan, and service the comfortable monthly payment for another few months to build our credit rating some more.
This isn’t quite how we wanted things to go, but having this in the driveway helps with the cognitive dissonance… 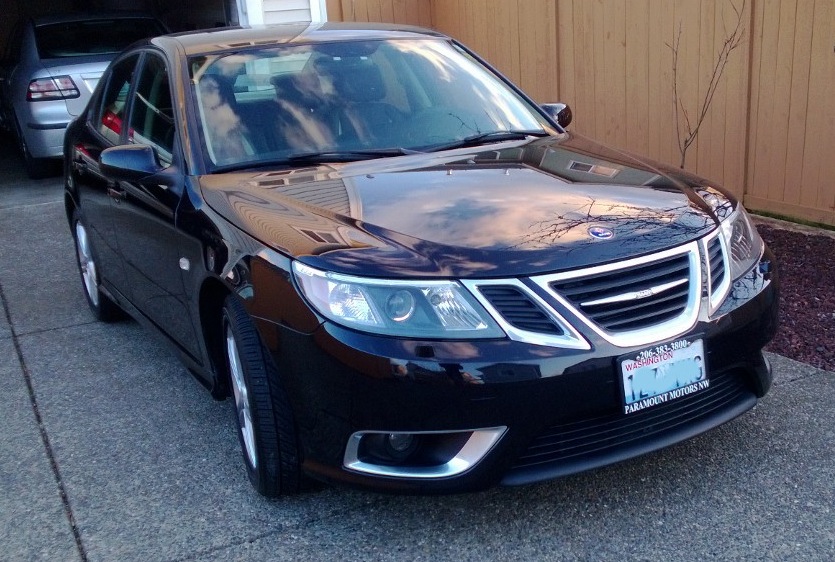 Meet my 2009 Saab 9-3 Aero XWD: 280 horses in a 2.8 liter V6 turbo-charged engine. Originally retailing for $46,000 it was a pretty decent buy at $20,500. It sounds and feels more throaty and powerful than my old Saab, takes off even quicker, and has improved maneuverability and control due to the pre-emptive cross-wheel drive system. It has every feature I added to my last car, and a couple more, and although it’s got a few cosmetic issues I can tinker with, it has the distinct advantage of being legal to drive in the State of Washington.
Although I spent a lot of time leaning toward a newer, slightly cheaper and bigger 9-5, and a little bit of time thinking about an Audi A3, I decided the car I know how to troubleshoot and fix (and have spare parts for in the garage) was the better choice. Hopefully this Saab treats me as well as the last!

One thought on “An Ode to my Car”