We heard a sermon a couple weeks ago about giftedness — about focusing on your primary giftedness, because that’s where God wants to use you most.

Whether I like it or not (and sometimes I don’t) my primary giftedness is technology. Despite everything else I think I am, or wish I was, there will always be people out there who when they see me will think “maybe I can get him to fix my computer…”

So for the next couple months, aside from the incredible amount of work we’re going to have to do for this move (frustratingly, none of which can be started yet), I’ve decided to embrace my inner geek, and focus on what I know I’m strongest at.

But rather than babble about code snippets and hacks I’d like to try to talk about the more personal side of being a geek. To communicate the spirit of who we geeks are, and maybe help some people understand what it is about being a nerd that is so compelling.

For example, in most careers you can guess at a person’s successfulness or competence at their job by evaluating their outward appearance: a salesperson who has nice shoes, a good hair cut and who drives a nice car is probably good at their job. 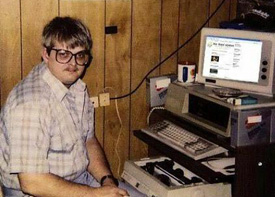 In my field, and in my experience, the inverse is frequently true. The more unruly the hair, or crazy the beard; the more out-of-date the wardrobe; the larger the glasses, the more likely it is that the individual is a sheer genius, and the most brilliant coder you’ve ever met.

Of course that’s a broad generalization. There are some of us geeks who aren’t computer science types, but adequate coders which occasional glimpses of genius, who also happen to have a decent eye for style or design.
And while some engineers’ are so in-tune with the code they develop that they lack basic social skills, some of us, while not as likely to bleed in binary, are able to express solutions both in code and in words. Some of us are even articulate and not entirely socially awkward.

Its the combination of the different skillsets that makes a good team. One such combination, between an awkward but brilliant engineer and an articulate geek, started a company called Apple Computers back in the 70s. And whether you’re using a Mac or a PC (or even a business iPhone) because you’re reading this site, you are benefiting from what they wrought.

Back before there was Internet — or at least before you and I could use it — there was the UG and the BBS. A BBS, or bulletin board system, was usually run by a guy who had a computer, a couple phone lines, and a couple modems — although you could run one with only one phone line if you wanted. They functioned as a chat room, a message board, a downloads page and a place to play crude games. Most BBSes used strictly text and keyboard symbols, often in different colors to define the online “world.”

I remember once being given a list of phone numbers that may have been associated with a BBS and ‘war-dialing’ them on my Atari computer (with a 300 baud modem) looking to see what I could find. It was pretty cool to find people on these boards that shared common interests with you, but whom you’d probably never meet.

I did actually meet one System Operator (or SysOp — someone who ran a BBS) who lived near-by when I was about 13. He was deaf, which limited his options in real-life, but online he was a god of his own little empire, respected by his users solely because of what he knew and who he was as a person.
Even better than the BBS, though, was the UG or User Group. Nothing in the new age of the Internet can compare to the UG. If you’ve ever been to a swap meet, you have a small idea of what an UG might be like. I was much too young, in this early age of computers, to drive myself to meetings, but I can remember a couple occasions where my dad drove me to a MUG meeting (Macintosh User Group) in London, and what I remember most was the atmosphere.

A User Group encompasses all levels of geek. There would be little old ladies who dreamed of writing their memoirs on a computer. There would be business people and teachers who wanted to get more organized. There would be hard-core geeks who loved to hack at hardware or at code to make their computers do things the designers never dreamed of. And always there was toys to be found, seen, traded or discovered.

To this kind of geek, a computer isn’t a device. Its an extension of self. Its a quill in the hand of a poet, or a hammer in the hand of a skilled carpenter, or a piano under the fingertips of a talented musician. It provides a hundred different ways to express yourself — and it invites you to invent a hundred more.

Of course, its a source of constant aggravation when things don’t work as expected, but even in that it is a problem to be solved, a challenge to be tackled, and a way to connect with other people. For every problem your computer presents you, there are, and always have been, a dozen other people who’ve worked through it, and found a solution — or better, a part of a solution that complements what you’ve discovered so that the victory is shared. 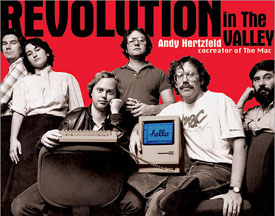 A geek is not judged by their appearance, nor by any external factor. We are judged by the elegance and beauty of our solutions. Even on competing platforms, two ideologically different geeks will share the same respect for a righteous hack.

In many ways the Internet, while being the possibly the greatest thing ever invented, has destroyed the geek community. Now that any newbie can get online, there are no rites of passage left, and no proving ground to establish yourself as worthy. Any knowledge-less retard can join in a conversation he doesn’t understand and start a flame war, and “users” are so much more inept than ever before. There’s no passion required, no problem-solving skills necessary to get online any more. So imagine my surprise when I discovered that there’s still a MUG running meetings only a few miles from where I work! In fact there’s dozens of them still around, and if their websites, devoid of any attempt at marketing or otherwise making them look appealing to the average user, are any indicator, the spirit of the UG of the 80s and early 90s still lives on. The one near me still puts out a newsletter — in dead-tree format, even!

I’m going to next month’s meeting. I’m going to put on my Weezer album (the blue one, from back before they were temporarily cool), dust off the Mac Plus, and geek out like its 1994. And I’m going to enjoy every second of it.

After all, if God made me a geek, why fight it?

5 thoughts on “Embracing My Inner Geek: Part 1 – The User Group”